DON'T GET TOO COMFORTABLE 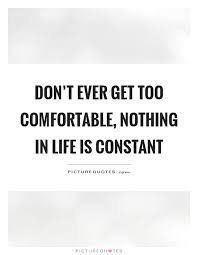 Too comfortable...That's something I feel like I became over the last couple of years.  Not that my comfortability for my job became so ho-hum that every day I came into to work and just "mailed it in."  Even during this pandemic working from home, I still got up early, watched the news, took notes of things that were local to talk about in Houston as well as Portland, OR, but I also posted content on 2 radio stations websites and social media pages.  I sat at my desk in my home office pretty much every day like it was a normal non-COVID day.  Yeah, sometimes I made an appointment for myself during the day, but I still was trying to come up with real content that was non-passive throw-away breaks.  I made sure not to rush through my show, because I never wanted to be seen as someone that was slacking off or didn't take my job seriously.

Now let's talk about before the pandemic and how I felt.  There were definitely times where I felt underutilized. I felt unchallenged.  I felt unappreciated.  I felt unrecognized.  I sometimes felt invisible.  I felt pigeonholed.  And I felt stuck. You see, for a lot of the time that I worked at The Bull/KILT, I was told what I was or what I wasn't. "Erin, you're not a morning person." Or "Erin, you're a midday person, not someone that's an afternoon person." How do you think that made me feel?  After a while, what others say about you, you start to believe.  So I started to think that maybe that this was all there was for me and I was just a midday person.

I think getting moved around to the different dayparts is why I wasn't getting too comfortable at first. Typically in the past, about every 2 years I would get the itch.  The itch to expand my horizons, the itch to go further with my career goals, and the itch have Erin shine.  I can look back on some of the jobs I've had, and I would access the situation.  I would take inventory of my position and my workplace, and then I would look around to see who was there and determine what my growth potential was.  If I had that gut feeling that I wouldn't be able to move up, I got the itch for more.  I became restless.

Once I came here to Houston and started getting moved around to different dayparts, I didn't get the itch, because the new position kept that itch at bay.  Honestly, there would be times I'd get disappointed. Sometimes it was because I was passed up for some opportunity, but I would squash that disappointment by telling myself, "Erin, you still have a job. Things could be worse. You're in market number 6. People would kill to be here. Stay positive. Maybe something else will pop up."  Unfortunately, nothing ever really popped up. So part of me decided to be happy with what I had and find other things that piqued my interest.  That's probably about the time that my love for traveling really got kicked into gear.

For the next several years, I actually worked on becoming more comfortable, which was both good and bad. The good part was that I was trying to be happy with what I had and live in the moment more.  I was trying to see the positive in my situation.  I tried not to focus on my feeling of lack.  The bad part was that I stopped trying to go further.  Since I had pretty much been told no or was pigeonholed, I just kind of accepted it and became comfortable that I was just a midday person.  Sure, I had other responsibilities, but none that were showcasing my talent.  Don't get me wrong, I'd get a bone here and there, but those weren't always so plentiful.

I think the other part of becoming comfortable was coming from those around me.  So many of my former co-workers and I had such great ideas, but because of how things operated, those ideas never got to grow.  I mean, a lot of those ideas took time, money, thought, and then execution.  However, with the way that corporate radio is run, everyone is wearing 5 hats, they're not getting a raise for any of it, and then they're trying to make it through the day while praying to God they make it through another round of budget cuts. People's true talents and skills are often ignored or not cultivated because no one has time to deal with it. 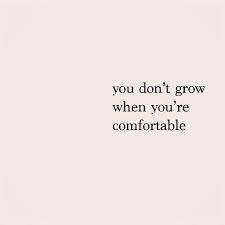 I had a couple of co-workers that are amazing at video editing and video production; were their talents ever really used?  No.  In fact, one was let go in one of the last rounds of the budget cuts, and it made no sense to me because I felt like he was totally underutilized.  He did 7 pm-Midnight on the air for us.  He came in to do his show, that's it.  He had no other responsibilities.  However, we could've got so much more out of him, had we just gave him some other duties.  We could've had him come in earlier in the day and produce web content, or produce videos for the station.  He would've been elated to have more to do, but instead, he was let go, when truly he would've been a good person to re-purpose.

Another way I got too comfortable was feeling almost too confident and secure in my position at the station.  Since I had been there for so long and had seen so much, I knew how most things were run.  I was kind of the glue that kept the station together.  I knew when something didn't seem right, and I either would fix it or let the appropriate person know so they could fix it.  I was kind of like the momma bear of the station.  People would always say that I was the most stable person and the most consistent person at the station and that there was no way they'd get rid of me.  Having been told that over and over made me kind of take for granted the reality of things.  The reality that it doesn't matter what a team player I am, or how much more I'm willing to do and help out.  When they want to make cuts, the fact that you're an excellent employee and a good co-worker means absolutely nothing. 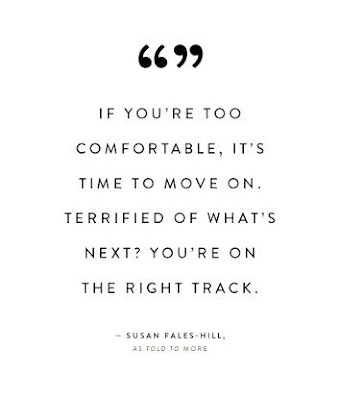