HOW AM I DOING NOW? 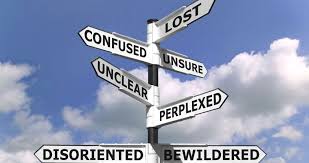 Well, it's been 2 weeks...2 weeks since I've been on the air. Also, almost 2 weeks since the guy I was seeing removed himself so I could figure out my next steps.  I could sit here and act like every day is sunshine and rainbows, but that would be a lie. While I'm trying my best to keep a positive attitude and be optimistic, sometimes there's a lot to think about and sometimes I get overwhelmed with worry, and then I have a bad day.
This is honestly one of the weirdest places I've ever been in my life. As I mentioned before, the times in my past when I needed to find a new job, I didn't have to look long or I had a cushion with a salary. This time the cushion is basically a standard size pillow vs. a king-size bed.
Now one of the simple things that brightens my day is when someone sends me a message. One of those messages was from Roula Christie. People in Houston would know her from 104.1 KRBE. Her message was a rather unexpected one, but it was incredibly appreciated. She gave me some words of encouragement, which meant a lot to me. One thing she said, was that she knows that I'll go through a rollercoaster of emotions...and she was right.
I've cried myself to sleep. I've woke up in the middle of the night with anxiety. Somedays I've been totally fine, and then the next day I feel overwhelmed and I cry all over again. There's just a lot to think about. Granted, I'm a worrier in general, but this is definitely a tough place to be. 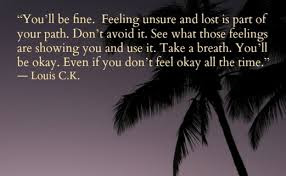 As for support, my friends have been amazing. So many of them checking up on me and wanting to meet up. The only thing that's been disappointing is the lack of support from my mom. I text my mom the day I was let go and somehow she didn't get the message. The next day I text her again asking if she got my text and she said she didn't. I told her "I lost my job yesterday." Her response? "Praying for you! What happened?" That was it. Needless to say, that was a stab in the heart. I didn't even respond. Nor do I think I will. Not only was that the worst response a parent could give outside of not replying at all, but it was also disappointing that my mom didn't even think to call me.
When my dad died, I was there to answer the call, I was there to help get things going with cleaning up the house and funeral arrangements, and I was there to let my mom live with me for 6 months after my dad died so that my brother could start repairing the house. When has my mom been there for me? I can't even think of the last time. Certainly not now. I know if my dad were still alive, he would've called me a million times till I answered his call. My mom on the other hand doesn't even bother.
So many people have sent me positive messages saying that I'm super talented and they know I'll find a great opportunity before I know it. While I want to believe them and hope they're right, I can't help but think of the reality of the situation. The reality...is that there aren't as many jobs in my industry as there once were. Corporate radio companies are cannibalizing themselves. Whether they overextended themselves financially or always had the intent to downsize their talent pool, the opportunities in my line of work are harder and harder to come by. Never mind the fact that it's a pandemic and 29 million Americans are also out of work and trying to figure out their life.
Now, one thing that made me feel better is when my former boss Bruce Logan called me to give me the dad pep talk. In the past when his name popped up on my phone my butt would pucker a bit because I thought I did something wrong. This time I was so happy to see his name pop up and to talk to him. He gave me some really good sound advice, but also a bit of encouragement. He said that I'm very talented and I'm a girl and those things will help me when looking for a new job.
I've had several people tell me about other jobs in radio to consider. I've even had people help me think of jobs in different lines of work that I would be good at. Several people have suggested I get into TV, but it's not like there are tons of jobs in that arena either. I know I have many talents and skills that can be used outside of radio; if that's something I decided to do, but honestly, I don't know what I want to do. Do I stay in radio and move to take a job and start all over again and hope that the new company or station doesn't go through some corporate restructuring, or do stay here and find other ways to use those talents and see what happens? I'm making progress in getting my stuff together for the job search.  I have my website up, I've been getting my airchecks and resume stuff together, and compiling contacts to reach out to.  There's a lot that lies ahead.  So hopefully,  I'll be able to figure this out soon. (Fingers crossed)
Posted by Erin Austin at 2:00 PM